Gary is one of the coaches leading the children’s training sessions at the club. He is also a coach with Peterhead AC.  A retired fireman, Gary was an athlete with Peterhead AC in his youth.  His athletics idols include Daley Thompson, Brendan Foster, Jessica Ennis and Zoey Clark.

Nichola co-coaches a group of young endurance athletes within the club and is the lead coach at the AAAC Albyn satellite group.

Mark co-coaches a training group of multi event athletes at the club.

Mark has been with the club since 1978. He is currently Club President. Mark was part of the Scotland Team at the 1990 Commonwealth Games in Auckland where he competed in the 400m hurdles, the  4 x 400m relay and the 4 x 400m relay, where the team won a silver medal.

Mark was a selection for GB U23 teams and the GB team for the 1991 World Student Games in Sheffield.

Bob joined the club when his daughter joined in the late 1990s.  Bob coaches distance runners at the club who participate in Parkrun events, road races–5k to marathon distances–and hill races.  He also has a hurdles group for developing athletes.  Bob is a keen marathoner, having recently completed both the Inverness and London marathons.

Andrew co-coaches a group of older teenagers, students, and adult endurance athletes, alongside Malcolm Stone.  A distance runner himself, Andrew is also a member of Banchory Stonehaven AC and is keen to develop steeplechase in the Northeast.  He has been shortlisted as Scottish Athletics Coach of the Year in the past.

Specialisation : Sprints and Hurdles from beginners and development age athletes through to senior national standard.

Posts Held : Past Aberdeen AAC Vice President and Ordinary Committee member for many years and presently an Honorary Member.

Ambitions : To develop a hard-working, technically proficient, committed sprinters and hurdlers who have the potential, determination, confidence, motivation and capability of competing successfully at national and international level.
To continue to learn and develop as a coach through self-reflection and taking external advice to assist with improving my areas of weakness.

Personal Advice/ Tip : I believe that athletics at all levels should be enjoyable to all participants. I see my job as coach to help athletes achieve their ambitions but the drive to succeed must come from within the athletes themselves.

It doesn’t matter how ‘talented’ an athlete is, they must also have an in-built desire to continue to listen to advice, to learn their sport, have a thirst for hard work, the drive to be the very best they can be and the courage to carry it out.

Athletes develop at different rates so early ‘success’ is no guarantee of high achievement at a later stage just as a lack of success early on can be no clear indicator of success potential in later years.

Roisin coaches at the Kids At ASV athletics sessions. She is a sprinter and represented Ireland in the 4 x 100m relay at the European U20 Championships in 2015. She was the Irish U16 100m and 200m champion.  She was Scottish Senior Women’s 200m champion and the Scottish University and College Athletics 200m champion in 2019.

Liz coaches a number of different age groups at the club, from 12 years old to masters.  A number are Scottish Age Group champions and have represented Scotland at school and university level.  She coaches all the jumps, plus Combined Events. 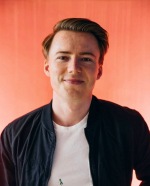 Ambitions: As an individual athlete I plan to break the AAAC 800m record. As a coach, I try to help others gain as much as they can from the sport and do what I can to help facilitate that opportunity.

Personal Advice: Stick at it! It takes a lot of time and practice to get it right, just don’t give it up when the potential’s still there.

Paul is an endurance coach at the club co-coaching a training group of student and senior age group athletes who compete at national and international level.  Paul is greatly involved with the running club at his local primary school. 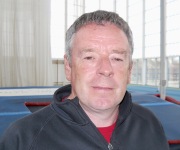 Kenny joined the club in 1973 starting as a cross country runner before taking up combined events.  He competes in Decathlon, long jump and triple jump at Masters level at Scottish, British and World Championships.

Eoghan takes a sprints group for university students at the club.

He was President of Aberdeen University Athletic Club and regularly competed for them in distance running.  He represented Scottish Universities in the 800m in 2016.

Kathleen joined the club as a 9 year old, after her dad spotted she was a promising sprinter.

Trevor has been involved with AAAC since his daughter took up athletics over 30 years ago. He has held many roles at the club including Club President.  His training group consist of athletes specialising in short and long sprints.  Trevor was awarded the 2014 Sportscotland Grampian Performance Coach of the Year and 2014 Disability Coach of the Year due to his work with disabled athletes, including Lewis Clow a category T37 sprinter who competed at the 2014 Commonwealth Games in Glasgow.

He regularly competes in the Scottish and British Masters Track and Field Championships, and is the current British High Jump champion, and heads both High Jump and Long Jump in the British rankings, in his age group for 2016.

Bob has been with the club over 40 years joining around 1972, the first year the Scottish League started.  He has competed for the club in the Mens League every year since 1972 til 2016 and has competed in every athletic event that is on an Olympic Mens Programme, except walks.

Bob was the coach of club members Duncan Mathieson and Mark Davidson who represented Scotland in the 1990 Commonwealth Games in Auckland. Duncan was selected for the decathlon and Mark the 400m hurdles. They both ran in the 4 x 400m relay, Duncan in the heats and Mark in the final, setting a Scottish record that stood for 24 years.  He occasionally advises Fiona Davidson, World Masters Champion in triple jump in 2015.

He still competes and holds many of the club veteran records for throwing events and pole vault. He has been ranked No.1 in Britain for his age in pole vault on several occasions and won the decathlon for his age group at the British Masters in 2007.

Bob was on the Committee for 40 years and was club Vice President.

John joined the coaching team when his son started training with the club.  John co-coaches a group of young endurance athletes within the club.

Eddie is a sprints coach at the club, coaching a group of student and senior age group athletes. He is a former GB Paralympic Coach (Beijing 2008) and coached visually impaired Paralympic sprinter Neil Fachie.

He currently coaches Zoey Clark, 2017 world silver medallist in the women’s 4 x 400m who has been selected for Team Scotland at the Gold Coast 2018 Commonwealth Games.

Eddie was Aberdeen Sports Award Coach of the Year 2017.

He has been with the club since he was a child and is the current Club Vice President.

A keen Masters athlete, he holds many of the club records at veteran level for field events.  He regularly competes in the World, British and Scottish Masters competitions. He has been double European champion in hammer and shot put and played for Scotland and Great Britain at American Football.

Steven coaches a group of secondary school age athletes at the club in sprints and long jumps.

He is an athlete at the club, regularly competing in cross country and road races. He is also part of the Aberdeen University Athletics Club.

Hannah is an endurance athlete at the club and has been first female at the Aberdeen Beach Parkrun over 40 times. She coaches at the Kids At ASV athletics sessions and with Active Schools.

Sheryl is one of the coaches leading the children’s training sessions at the club and at Kids at ASV sessions.  She competes in the throwing events and is also a competitive weightlifter.

Malcolm co-coaches a level 3 endurance training group at the club with Andrew Ferguson, consisting of older secondary school age athletes, students and senior age group athletes who compete at national and international level.  He is a keen hill runner.

Rachel is one of the coaches leading the children’s training sessions at the club.  She has competed for the East of Scotland in cross country events.

Ruth coaches athletes in short sprints, long sprints and endurance at the club.

Ruth has been involved with athletics for over 15 years, starting as a parent volunteer then coach at Haddington Running Club and Team East Lothian. She moved to AAAC in 2015. Ruth regularly competes in 100m and shot put and has won several Scottish Masters Championships for her age group.